Located in a busy and popular intersection of Iso-Roobertinkatu, Pieni Roobertinkatu, Yrjönkatu and Erottajankatu in downtown Helsinki, G Livelab is a club created by musicians, for the music. No age restriction, a wide variety of musical styles, and artist-friendly policy are the staples of this ambitious concept. Backed by the Musician’s Union and related institutions, there is a winning combination of all-new thinking and concentrating on the known strengths.

When Akukon Oy joined the creative team, it was obvious that the tested and tried would need to be expanded out of the box, too. “The client, G Livelab CEO Tanja Douglass, and Ahti Vänttinen from the Musician’s Union wished from the beginning, that we should create a new kind of a space, and no compromises, and that was a wish we took to our hearts” says Akukon AV-designer Tapio Ilomäki, and continues: “Both sound isolation and some of the structures needed to be built from the ground up. The real challenge was to say ‘ok, let’s try that’ over and over again, and finally we were able to achieve even the clients’ most original ideas. I have to congratulate the client, as in our field it is a rare pleasure to find somebody even more enterprising than one is!”

The itinerary was a long list, where everything affected everything: Structure-level acoustic design meaning isolation between the club and the rest of the building, and keeping the traffic noise out. Venue acoustics. Sound reinforcement. Lighting, both stage and general interior. Sound and video transmission for recording, web and broadcasting. Conference technology. Cabling and reserves for expansions. “After the previous tenant we had to pretty much peel everything down to the structural level. We wanted to save the big windows, so we had to build a special transparent panel inside to eliminate resonance. The heavy concrete pillars which support the six-floor house we couldn’t remove, but we certainly spent some time thinking about it” tells CEO Douglass.

When all technical details work, the ideas work too

Essentially the created space needed to be both extremely functional inside, and isolated from the outside. Tapio Ilomäki from Akukon Oy was responsible both for his own field of expertise and the project management. The virtual acoustics’ team of Aalto University created the artificial acoustics led by Professor Tapio Lokki, and the lighting was designed by Teemu Nurmelin. Many of the structures needed to be created from the scratch to comply with the greater design set up by Interior Architect Marco Casagrande from Casagrande Laboratory and Arrak Architects, to create a space where the form and function are both in interaction, and a part of living City Culture.

Traffic noise is isolated behind a glass wall with live plants growing on it. The cable covers are copper and hand made. The stage is made out of glass, with a diffusing back wall which at the same time works as a reflecting surface that supports acoustic performances. It’s obvious that the space has found its audience, and vice versa. The Facebook page of G Livelab is full of praise and compliment towards both space, sound reinforcement, acoustics, personnel and atmosphere.

A display window for live music

Longish, lowish space and the trams rumbling outside posed a challenge which was solved through setting sound quality as the primary target. Genelec sound system is built around studio monitors, the big 1236A’s as the main speakers, and approximately 90 smaller Genelec models spread out. Even the restrooms have Genelec 4020A’s, delayed to match the main stage so that distance problems are minimal and soundscape stays even. Tapio Ilomäki even thought adding separate subwoofers to the restrooms to keep the bass level constant, but that was deemed less important. However, the lighting is also designed super quiet, to allow the sound dynamics as wide as possible.

Sound reinforcement is spread out through the space to allow maximum coverage with best possible sound quality. The permanent show technique came from Bright Finland, and the artists’ own technique also needed space both for set-up and transporting routes. Using Genelec studio monitors was a novel idea, but a successful one, giving the performers freedom to bring out their talent.

The venue supports both electric sets through the virtual acoustics, and more intimate, fully acoustic shows. The busy city life can continue outside the windows with no extra disturbance. It’s even possible to record a live show at G Livelab during office hours!

Live music is the focal point in everything that takes place in G Livelab, and everything else is meticulously designed to support it. Even the drinks menu follows the vision of quality: there is a wide selection of local Hand-Crafted beers, and the orders can be placed silently via a smartphone app. Leather-covered tables ensure the handling noise of tableware stays minimal. Everything is designed to allow a relaxed, quiet atmosphere ideal for enjoying the performance.

The neighbourhood is bustling with restaurants, so G Livelab will never need a kitchen of its own. “Food orders will go through the smartphone app, too, because no-one wants to spend the evening queuing for their orders, if they can sit and enjoy the show” reminds CEO Douglass.

The visibility doesn’t end at the big window, as the venue holds network capabilities to connect a smaller Broadcasting vehicle in the garage, or park a big Broadcasting truck on the street. All IT networks from the customer app to the sales points and the audio/video network are integrated together, to a wide variety of broadcasting possibilities.

The building itself is the property of Esittävän säveltaiteen edistämissäätiö and its tenants represent the various musicians’ unions. Gramex, Muusikkojen liitto, Musiikkituottajat, Musiikin edistämissäätiö and Tekijänoikeuden tiedotus- ja valvontakeskus benefit from G Livelab, and enjoy its pleasant atmosphere and studio quality sound in their seminariums and f.ex when they sit down to evaluate the recordings of the year. 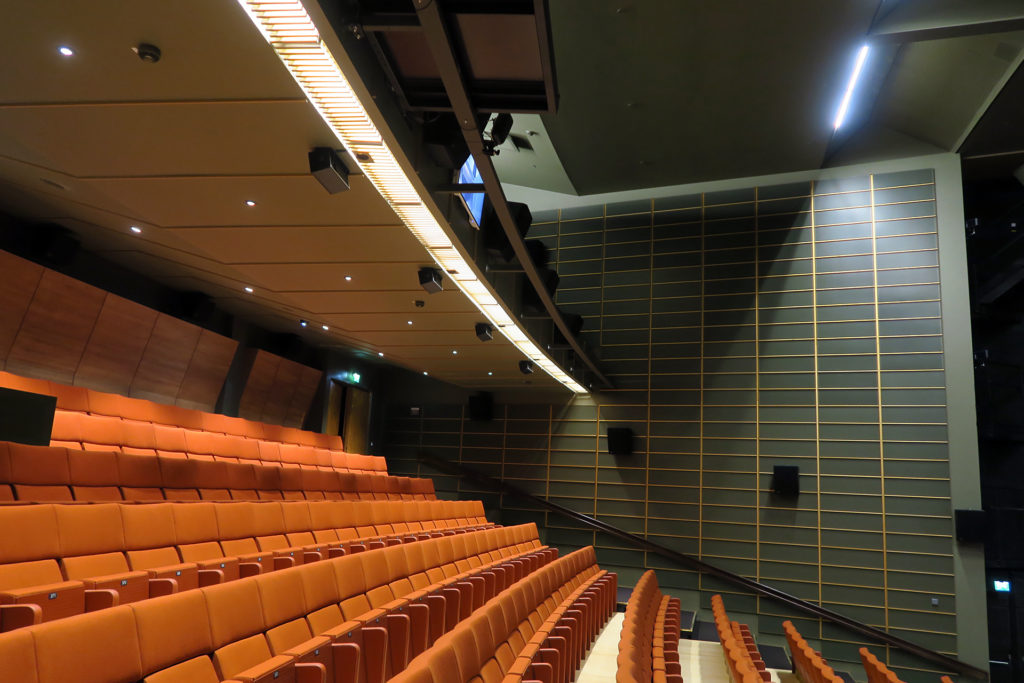 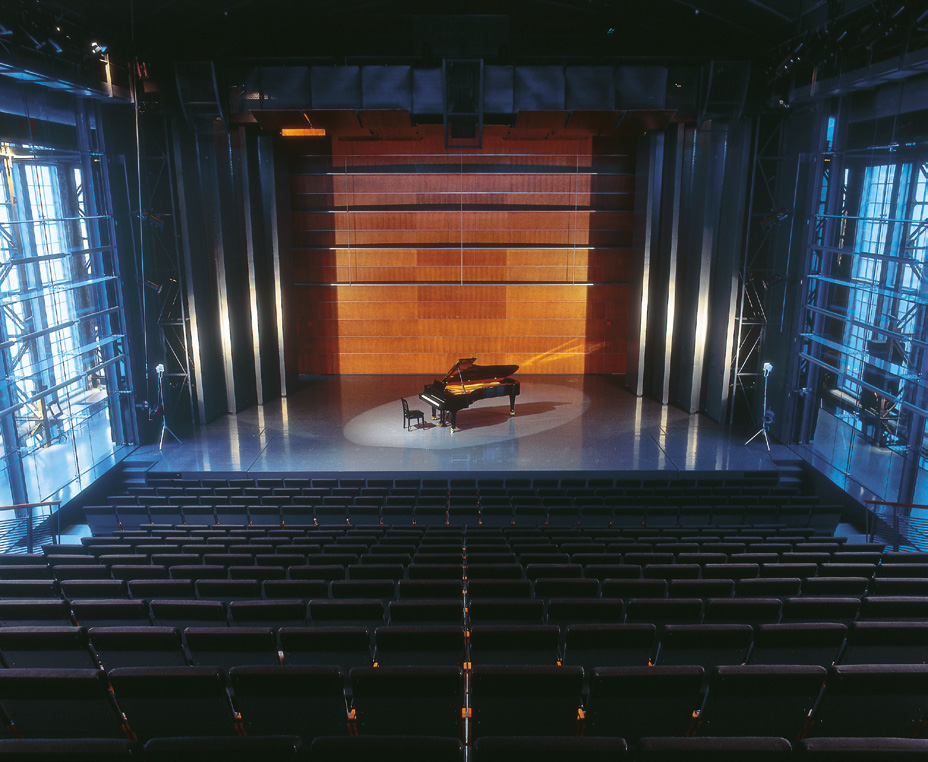 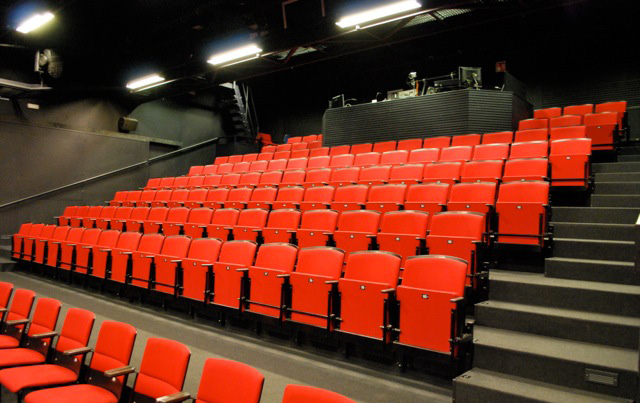 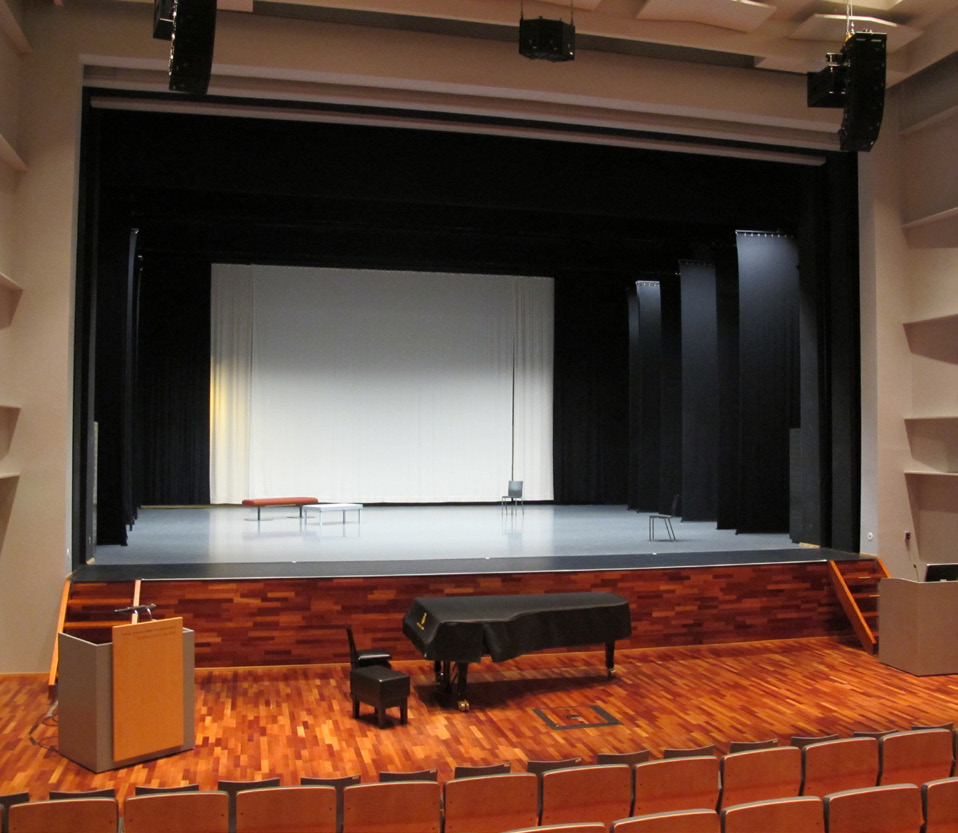 The teaching facilities for music and communications at The University of Applied Sciences in Oulu are of uncontested high quality.